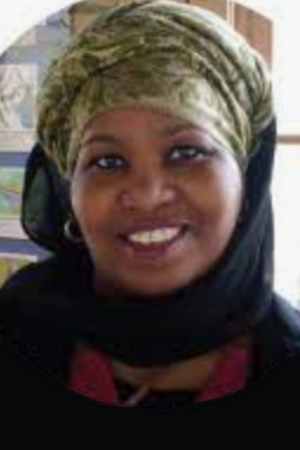 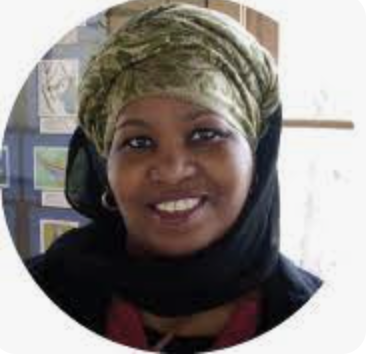 How did you get into CS?

CS has been a very, very important part of my life. I look back now and realize I was blessed because as an undergraduate, my instructor was an African American woman. That was my first time taking a computer science class, and I enjoyed it- very much so. Even though I was a physics major, I went on to take more computing classes, and when I graduated from college and was looking for jobs, having computer science on top of the physics opened up so many doors for me. Even way back then, having that background and knowing how to code allowed me to have some really dynamic internships.

Later on, with my students- including when I was homeschooling my own children and working with other kids- I would teach them how to write small programs where they were able to solve math problems and do other interesting things. Teaching at the public school, I realized I’d come full circle to being a model who was pushing others into that field- because I could speak to all of the opportunities it had opened up for me. Even though I didn't have a computer science degree, just knowing how to program and write code, having that experience with logic and problem-solving, was fantastic. So as a teacher, I realize that computer science is not just one separate thing; the world is so wide. I've talked to students who are more into music and told them to write code to do their music. I even got some students involved in quantum computing; they felt like it was above their head, but no! They came back and were ecstatic about being part of that; it just opened up the world. So to me, all I'm doing is presenting a dish and asking them, ‘Here, come and taste this dish; this is good!’ Then, when they decide they enjoy it, they can add a little flavor of their own; because it's their world, and they're going to want to go into the areas that they want to go into.

What are some successes and challenges you've faced along the way?

The success that I see is not my success, but the success of the students. I see them growing and matriculating and really feeling that they can be a part of the world to come. Most of them are going to stay in their areas of interest, but they also feel as though they can participate using technology. That’s very, very profound because what happens is, it gives them confidence that they can do things and face the unknown. I think that's one of my greatest successes, seeing those who I fed eat and then be able to produce; that's awesome.

The challenges? I don't look at those like failures. It's an opportunity to learn what I didn’t do right, what can I do better so that we CAN make it work. Sometimes I wonder how to send out more information, how to let more people know- whether it's teachers or students- that you can do it! That you don't have to have that math background, or to be male. I'm an African American woman, so I remind them that the early computer programmers were women. I learned this from that first teacher I mentioned earlier; her name was Miss Harvey. She was at Morgan State, she was the one who taught me computers. She taught and programmed so she could raise her children at the same time, and she was not alone. Miss Harvey was my Hidden Figures. Matter of fact, she would take some of the programs her students made home to give to her husband so he could run them at his job and actually let us see what we were doing right and wrong. She was a phenomenal person who gave so much. I think hard on what she did for me and I'm hoping to make my students feel the same way I felt as her student. But I also hope to inspire teachers! I want them to understand that you don’t have to be in a pigeonhole- to be strictly mathematics, or strictly science- because that's not what it's about. I think in many ways it’s about preparing our kids for a world that is going to be totally different than what we're experiencing right now.

What is going well for you? What are you proud of? Anything you're excited about for the near future? Any advice or suggestions?

What I'm excited about? I have two things are intersecting each other. Dianne, with the Maryland Center for Computer Education, is asking me to create a webinar and possibly a summer workshop on bringing quantum to teachers. That’s such a great honor, and a task that I'm looking forward to doing because for the past two years, I've been working with a group in Texas doing quantum PD for teachers. Texas has already worked out all of the details, so I'm looking forward to bringing what they've done here to Maryland.

I’m also working with Qubit by Qubit. I had some of my students participate in their program and I really, really love some of what they have done and are doing. So, the task of bringing those ideas and of gamifying the task of understanding Quantum Computing is exciting. As teacher in a public school myself, just incorporating something so the kids can actually see why they’re doing what they're doing and how it can be applied- that is what I'm looking forward. I'm hoping that with Qubit by Qubit, we can show teachers from all different districts how to do that and get them to incorporate one or two of the lessons in their classrooms.

I also recently served on the panel for the White House Office of Science and Technology! It was myself and two other educators who were advocating to the industry to bring money for teachers’ training, so that we can get more kids into the program early. Instead of waiting till the very end when they’re graduate students or undergrads, let's bring it to high school, even to middle school! That was a good, proud moment for me; I'm still flying high on that.

As for advice and suggestions? Be open-minded. Be like a kid, inquisitive. Experience it, don't be afraid of it, and don't worry if you haven't mastered it, because even those with the Nobel Prize or PhD's are still learning. It’s a learning journey that everyone is taking. I think too often, even teachers are intimidated by quantum- and the reason is prejudice. Because unfortunately, when you hear the word 'Quantum' you think of physics; you think of Einstein; you think of men. They think, ‘I don't understand that; it’s this, it’s that,’ and they make it more difficult, not realizing that what they’re doing is creating these high, thick walls around a topic that doesn’t need to be like that; the reality is, physics is just basic laws of nature that you can learn as a child by observation. We're human beings, we're still learning, and if you keep that in mind and can set aside those prejudices and insecurities, you CAN learn- and I can learn with you, my children, my students. It's okay! And, matter of fact, you’ll learn much more than I have, because this is going to be YOUR world. It’s the next revolution, whether people like it or not, and I want our kids to have the skills they need to critically think and do things in that world.