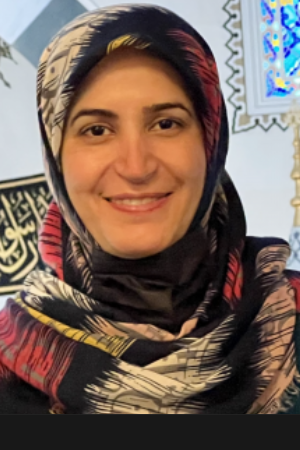 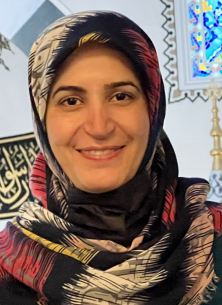 How did you get started in CS?

Since I was very young- from middle school- I loved computer science and hung out with the kids who knew computer science. That’s how I began. Later, when I first started University, I was a math major, but when I moved to the United States, I started studying Computer Science and got my degree in Computer Science from the University of Alabama in Huntsville. Then, I started teaching CS because my kids started school and I wanted to spend more time with them, so I started teaching at the same community school. Last year, I joined Montgomery County public schools, and this is now my second year teaching there.

What are some challenges you’ve faced along the way?

When I first started going to university, language was one of the big barriers for me- while I was learning the language, coding helped me get through that. With coding, I needed less language; I could present myself with the project I was creating. Another challenge was that at the beginning, I didn’t have any device! I had to stay on campus to do all the work and assignments until we bought our first laptop. Now that I look back, it was fun; now that it’s gone, it’s positive. But it was hard!

What do you like about working in CS? What are some successes you’ve had?

I love teaching, and teaching CS is something I’m passionate about. I enjoy teaching students about technology, and when they’re successful- seeing their programs run, seeing their final projects- that’s my reward. Knowing they can play something and understand how it works, that they can build their future based on what I taught them… that’s amazing. I had one student who used computer science and programmed for the science fair. He used CS in his project and won second place in Nationals with it- because he used computer science and science together.

Also, last year (because I was teaching virtually), I had a lot of challenges; but at the end of the year, I got many emails. I had a student who wrote to me and she said, ‘At the beginning, I thought this was going to be another boring coding class, but I enjoyed it; I love Computer Science now, and I’m thinking about choosing it as my career,’ and I was like, yes, mission accomplished!

I have some advice for the girls who want to be in tech: don’t be scared. You can do it, just believe in yourself.