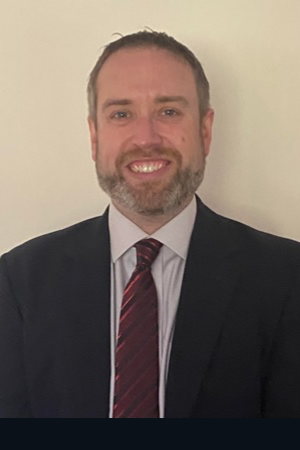 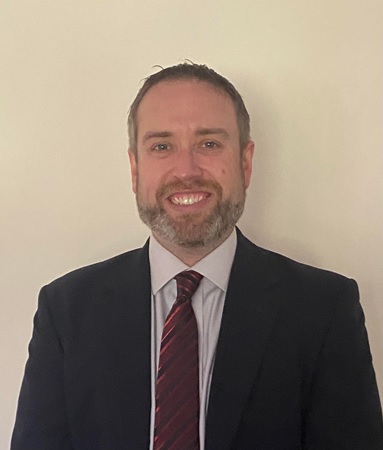 Founder and IT Solutions Developer for Sentinel Forge Technology.

How did you first get interested in computer science? How did you get involved with the work that you do now?

I grew up at a time where we didn't have easy access to computers. As I was growing up, as I was going to school, computers were these… things, this new tool that sort of appeared. We had one in our classroom, then later I had one at home, where I could then use it for homework. They got better as I got older and then there was this thing called the Internet, where you could now write your paper at home and email it to yourself at school and print it out. It was this radical idea, and I've sort of always been fascinated with them. So when I attended undergrad at University of Maryland, where I majored in Computer Science, I learned how to program them- and that's a very complex thing! It was hard work, but it was neat that you could make a computer or a program do exactly what you told it to do. It was also the downside; if you didn't think that hard about what you told them to do, then they would break. It gave me a way of thinking about problem-solving; when I visualize a problem, I basically break it down into a series of boxes that allow me to think about very complex things. That's also how you write computer programs, and I parlayed that into my work as a pre-sales IT solutions architect, which means I was the smart guy who designed solutions for the server, storage- all the IT blinking boxes that run our software world, I designed those. I was also a ransomware protection specialist leading up to the founding of my company. Seeing how computers can enhance what we do and how a person working together with a computer has access to basically all of humanity’s information at once made me realize that computers are very powerful tools if you know how to use them.

What do you find compelling about the work that you do now? What are you excited about or proud of?

What I'm working on right now- and really why I founded my company- was to build my cybersecurity architecture, which I call the Secure Sentinel Network, or SSN. Basically, the reason that I created this architecture was in response to the cyber attacks that happened last year. Just as computers came about as an at-home thing during my lifetime, so, too, did the darker side of things. I'm almost embarrassed to say that when I was a kid, I actually didn't understand where viruses came from. At first I thought that they must be a naturally occurring phenomenon, but then I came to understand that, no, PEOPLE were writing these viruses? They were writing them… to break computers? That didn’t make any sense to me at the time.

That threat has grown along with our IT industry, to the point where recently, a Pennsylvania pipeline company that I had never heard of before had a little bit of a cybersecurity whoopsy, and all of a sudden I couldn't put fuel in my wife's car. There were gas lines just like the ones from decades ago that I'd seen in the history books, and I realized that one of the consequences of this wonderous technology that’s hooked into everything is that if you take it away, it has the potential to cause a lot of damage. And if these hacker groups executed a large enough cyber attack, it had the potential to really break things in a way that we couldn't necessarily put back together. We're already seeing supply chain issues and constraints. It feels like things are creaking at the seams, and there's a group of criminals that are trying to profit off of that. So this architecture I created, the Secure Signal Network, was my solution to the question of how to stop ransomware attacks. My answer to that is: you've got to catch them early. You need to, because once they've gotten to the point of your encryption, you're in the news and it's basically too late. I think of it as stage four cancer; there are things that can be done, but it's going to be very difficult, very expensive, and there's not a lot of great outcomes. The solution that we're deploying right now is called the Signal Box; it's basically an implementation of my architecture in a single box. It's a dedicated piece of hardware that plugs into a protected site, and it contains these decoys I call “sentinels” that are configured to look exactly like the sorts of things that a hacker would go to. So if this was on your system, it could say, like “my computer,” “home movies,” “financial information,”-  those aren't rea, but the potential hacker doesn’t know that. They're looking for very specific sorts of things, and if this draws their attention and coaxes them into detectable behavior, we're watching these systems like a hawk. Just like if a fly lands on a spider web and wiggles, we now know early that someone is scanning your network, trying to access your financial information. It sends out a silent alarm, and the defender is alerted that there's an investigation-worthy event going on, and from there you have options. The hacker is weak at this point; that's catching cancer when it's stage one. It's like a PSA blood test that we now have where we can detect prostate cancer when the outcomes are much better; that's what saved my father's life. It was contained early, there was surgical intervention, and he's with us still today. Same thing here; you gotta stop the attacks before they happen. So that's really what I've been working towards: building this architecture and collaborating with educational institutions to work on creating additional features to gain information about what hackers are doing, and then sharing it out so that the more that hackers attack these sorts of systems, the more that we learn.

What advice do you have for a young person who is interested in getting into your field?

It’s good to know how everything works because it helps you fix things; you're not helpless if things break. If the Internet goes down, you still know what to do. What I would encourage is a curiosity about how things actually work. We've gone from where computers were hooked up to a full keyboard to where most new phones don't even have a button. Kids should want to learn how to tinker with things and understand that this isn’t a machine that just beams streaming information to whatever they're using it for. Rather than just being consumers of information, they need to be an active user. One of my explicit goals is to try to get more young people involved and to show them what they're capable of.

For example, I worked with my 16 year old cousin; he was very intimidated. We were doing things on the command line interface- very complicated stuff! It took an hour and a half, but he successfully deployed one of my basic builds of the sentinel box by himself. He was standing there with six pages of notes, but he did it, and at the end he was astounded.

I’d also encourage them to think of this as more of a game: we're setting traps for the bad guys. Computer science doesn't have to be boring; you can have fun with it. It allows you to program robots, you can make your own games, you can make your own social media platforms for you and your friends- it's a blank canvas, and I really want kids to know that.

It's not for everyone, I will admit that, but I want kids to realize that they live in a pretty cool time right now. This stuff wasn't always available; when I was a kid, the idea of being able to download a 10-gigabyte file for a game update was a sick joke; everything had to fit on a floppy disk.

Anything else on your mind?

I'm looking forward to working with the MCC to talk more with kids and see if we can get a pipeline of young people interested in CS in a positive way and not just see computers as toys that allow them to hack people or mine cryptocurrency or play games, but as a system that can protect my mom from getting her identity stolen. That's a positive thing that I strongly believe that kids are more than capable of, especially ones that have grown up with this stuff. My son amazes me; at this point he knows how to turn on the TV, select the streaming service of his choice, select the episode of his choice, and then fast forward to where he wants to go all by himself, and he's six. Kids get this, they're growing up with it. This is the first generation where computers are really part of everything they do, and I'm hoping that I can help them get the more positive aspects of it.