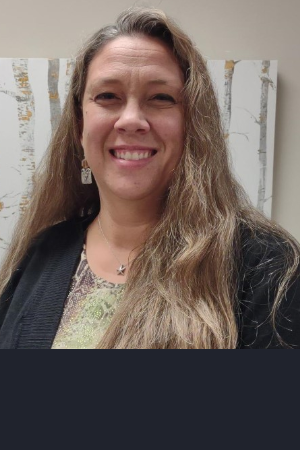 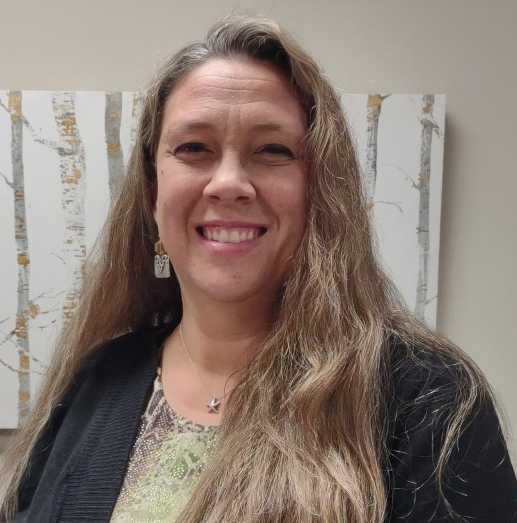 How did you get into computer science?

I am actually a computer science major. I originally was a pre-engineering student but then found computer science, which was kind of a new, up-and-coming major at the school I was at, and then just kept going from there. I chose to teach because living on the Eastern Shore, I would otherwise have had to go over the bridge to work and just wanted to be more family-oriented and stay on the shore- which I don't regret, because I get to watch my kids grow up and watch students do all their fantastic things.

Something that's always discouraging is there's not enough time to incorporate everything that we want to do. I know that some schools over in Baltimore with a lot more attendance are able to add other programs, so I'm hoping that's something we can eventually do, also. But for now, we handle that by being involved in things like Skills USA and After School Academy, so that students get to have their plates filled with all kinds of good extra stuff.

The challenge always seems to be funding, and I’m sure that this is something everybody deals with, but working with some tech ed and engineering teachers, there’s an expectation that everything you need for CS is just online- but coming up with the robotics and soforth takes some initiative. Funding is a challenge, but reaching out to other people in the community for help goes a long way towards meeting needs. For example, just in the last couple of weeks the Berlin and Ocean City Optimist Club asked us to volunteer to help students with their web page. It's all set up, it's just minor coding, but it's that first step to getting students to be aware of web design. This way, they'll get their hours and then they can donate funds to us for some of the programs that we do. I'm very excited about that, plus NASA will help us with a lot of the robotic stuff as well. So there’s the challenge of trying to find the funding to do different things, but then the success of securing that, plus showing students how to advocate for themselves in the process, which has been fun. We don't have too many fundraisers, but we find funds in other ways, and it's been definitely exciting, reaching out to the community to identify actual needs and using them as learning opportunities to give students that extra layer of real world application.

What’s going on now that you’re excited about?

I work in a special building at a technical high school, where we not only have some of our PLTW curriculum, but also cosmetology. So for computer science education week, which is December fifth, I reached out to the cosmetology teacher. She happened to be doing cornrows with her class and I said, you know, I think there's an app or a program out there that they can actually use to program cornrows; it's all about repetition and the algorithms. I’m hoping that this computer science education week, my students will program braids and then take them down to cosmetology, where their students will then actually do the braids, and then they kind of teach each other. The box that seems so shut sometimes with computer science and reaching out to do interdisciplinary projects is a great way to open it. We also have a culinary program in the building, so I'm also hoping to do apps for a food truck idea that their chef came up with and have our students create an online app that people can use to order from their food truck. It’s a lot to fit in a week! I might eventually try to tap into the automotive facility here as well, see what's going on there; it’s such a neat building to be located in!

Any advice or suggestions?

I have my teacher certification in math, which is what I started out in because when I was in school they didn't have computer science. But in the math certification training, there’s a different set of expectations; being a computer science teacher often means giving kids the space to “fail” while trying things, and it's hard to watch them struggle. I notice that when I get education assistance or teachers’ helpers, they want to run over and solve these problems for students. But it's okay not to know! I think you learn more from going through the process of solving- it's a big thing in computer science- than from getting the answers right away. It’s frustrating for the students, too, but if we’re doing Scratch one week, I’ll say, It’s ok if you don’t get your program running! You've just learned a lot about how it DIDN’T run. Especially for educators, letting that process happen is hard, and for students when they're so used to things just being either right or wrong answers, it’s hard to learn to be okay with something not working. But Edison came up with, what, 2,000 ways to NOT make a lightbulb work? You just gotta keep pushing.

Anything else on your mind?

We definitely need support from seeing what everybody's doing and I definitely always look forward to the conferences!