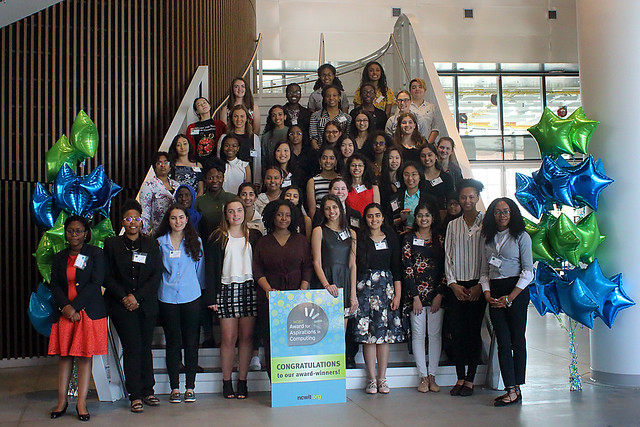 The Maryland Community is proud to host the seventh Award for Aspirations in Computing in 2018-2019. Award recipients were selected for their aptitude and interest in IT and computing, solid leadership ability, community service and learning outside of school, good academic history, and plans for post-secondary education.

The Critical Partnership Between Higher Education, Students and Business in Building the New Economy

Wes Bush is Chairman of Northrop Grumman Corporation, a global aerospace and defense technology company, a position he has held since 2011. Bush previously served as Northrop Grumman’s Chief Executive Officer from 2010 through 2018. Prior to 2010, he served as the company’s President & Chief Operating Officer, Chief Financial Officer, and President of its Space Technology sector.

Prior to the acquisition of TRW by Northrop Grumman in 2002, Bush had served as President and Chief Executive Officer for TRW’s UK- based global Aeronautical Systems and as vice president of TRW Ventures. He joined TRW in 1987 in its space business, and prior to joining TRW, he held engineering positions with both the Aerospace

Corporation and Comsat Labs. Bush serves on the boards of several non-profit organizations including Conservation International, the Inova Health System, and the USO Board of Governors. He is a member of the National Academy of Engineering.

We interviewed a number of attendees who shared their work with us...

There a six amazing 360 degree views on Google Maps. Click here to view them. Click on the images then scroll around or use the scroll wheel to zoom in and out.