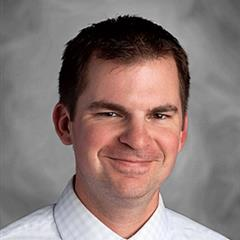 How did you get into Computer Science Education?

I was a math teacher, and when I had been teaching for two years one of the Computer Science teachers was retiring. I happened upon one of the assitant principals in the hallway, and I asked her about this Computer Science thing, and she just said, "Yes, Yes! Come see me after school and we'll talk!" I wasn't sure what it was, but we had a conversation and she asked if I was interested in teaching that subject area. I said, well, I didn't know. I took a couple of computer science courses in college; it was actually my major, but I hated it! After a little bit of thinking, I decided to take the position because really I like computers. So I said, "Why not? Let's try it!" and I did and I never looked back. It's been really great!

What were some challenges to teaching computer science?

I taught in a high school. Most of my students were magnet students. My biggest challenge was always just finding curriculum, and trying to figure out as I went from day to day what I was going to teach, especially in the AP course. There wasn't a whole lot there. There was some material online from other teachers, but it wasn't very complete or a real curriculum; just a lot of stuff online. Now there's a lot more available. That's what was a challenge at first, and then we added on several other courses that I taught, so I had five different preps and there was basically no curriculum for any of it at all. The challenge was just trying to know what to do from one day to the next. I was trying to figure out how to keep the kids engaged and how to keep it going in some sort of direction. Those first couple of years were tough, especially because I also was coaching full-time all three seasons. It was a very difficult time, and eventually I got good enough, and I got enough ammo in the chest so I always had enough ready. I started feeling more and more comfortable with it... and then, as soon as I got really good at teaching, I left and started working at the central office supporting other teachers. It's been three years now, and I'm growing as our programs grow.  I think of myself as a jack of all trades, but a master of none. I'm good at what I do, but I do so many different things!


How has the Anne Arundel Computer Science Program grown?

In 2016, we had about 700-800 high school students in the county taking some kind of Computer Science course, and 13 teachers to teach the classes- and they didn't all teach CS full-time. By 2017-18, there were 1,819 students taking CS; it increased a lot when we added AP CS Principles. Now almost 3,400 kids take CS each year; that's a 325% growth from 2016, and we're up to 51 people teaching at the high school level. It's good to see your efforts pay off! Also, the quality of the curriculum is so much better. Teachers are very comfortable with it. I've had to spend a lot less time with teachers helping them wrap their heads around curriculum this year, whereas the past two it was a huge part of my job. We have 13 high schools; in 2016 not every school offered CS, but now they do.

We're also working on adding a strong foundation in elementary and middle school. Our elementary program is entirely through our Library Media program, and our new coordinator is a big fan of Computer Science and Computational Thinking. We've been training a lot of people, both internally and with the MCCE. We know we still have a long way to go, but at least every student is getting introduced to Computer Science now. Before, it depended on which school a student attended, but now it's in every elementary school. It seems like the librarians and the students are really enjoying it! It's fun and it's easy to implement for the most part, and kids like it. All the same reasons in high school; it's engaging and anything like this is really easy to implement right now. We still have a long way to go in terms of implementing more Computational Thinking, Computer Science, and Cybersecurity in in the elementary level, but we want to start. CTE programs are taking their role in K-12 and there's a big push for career awareness, so those are definitely successes. And you know, awareness is a big thing! Just getting people aware of what Computer Science is and how engaging it is can be. So talking and meeting with all the councillors in the county right now, letting them know what courses we offer and why we offer them, what the pathways are, has been a huge success. Just getting that awareness out there, and also the equity piece as well- making sure that we're offering it to everybody, that we're doing everything we can to make sure all students are not only getting the opportunity, but really getting in there and being engaged.

The other success that we have is that our Computer Science program is matching- plus or minus a few percent- our student demographics across the county. We're still behind on the male:female ratio, but we're around 60:40 there in our high school courses. The AP CS  Principles course is pretty close to even.